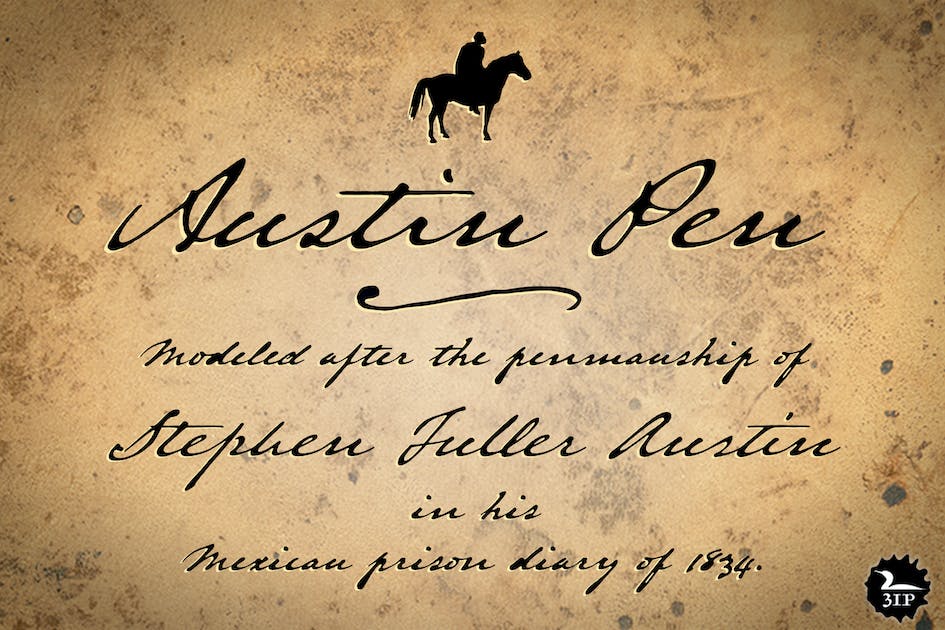 Empresario Stephen F. Austin (1793-1836) is considered by many the ���Father of Texas��� for leading the first Anglo-American colony into the then-Mexican territory back in the 1820s. A few years later, while on a diplomatic mission to Mexico City, Austin was arrested on suspicion of plotting Texas independence and imprisoned for virtually all of 1834. During this time he kept a secret diary of his thoughts and musings���much of it written in Spanish.

A genuine replication of 19th century cursive, Austin Pen has two styles: a fine regular weight, along with a bold style that replicates passages written with an over-inked pen. Each is impressively legible and evocative of commonplace American penmanship of two centuries ago.

Many thanks for your interest in type from 3IP.