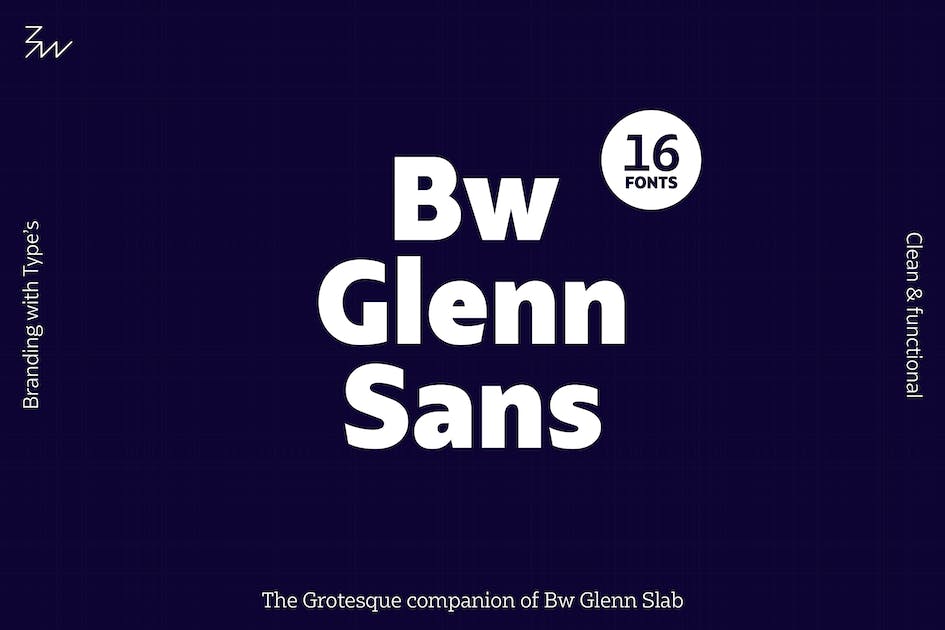 Bw Glenn Sans is the result of mixing a grotesque skeleton with traits of the British sans serif tradition. The result is a modern and clean sans serif family that speaks with clarity and authority. Its contained width makes it a favourite for long texts while its distinctive details come to life when used as display.

It���s also the grotesque companion of Bw Glenn Slab. They���re the perfect complement for each other, sharing x-height and modulation as both font families were developed in parallel.